Jessie J warns there will be a ''lot more pain'' in the lyrics of her second album. 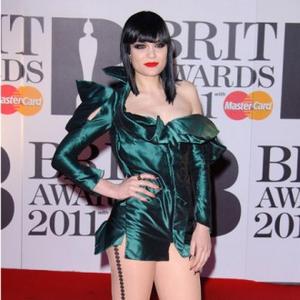 Jessie J warns there will be a "lot more pain" on her second album.

The 'Who You Are' hitmaker is planning to explore the darker side of her character and the struggles she had before she was famous for her upcoming second record.

She told the Daily Star newspaper: "There will be a lot more pain in the lyrics on my next album.

"For the seven years before I signed my record deal I was in a bad place and I was scared that I couldn't get out of it.â¨"That's why I wrote such upbeat music, as a way of trying to escape how I felt.

"Now that I am happier, I won't be afraid to explore my pain. But in a good way; it'll be me saying that it's OK not to feel OK."

Jessie is also lining up a series of duets for her next album, and wants to work with 'The A Team' star Ed Sheeran and a gospel singer called B Slade.

Jessie explained: "B is this amazing artist who used to be called Tonex but he retired when there was a lot of bad publicity when he revealed he was gay. B's voice is just insane.

"I also want to work with James Morrison again after I guested on his single 'Up'.

"When James sent me the demo, I just couldn't get the song out of my head.â¨So when I went to the studio I wanted it to be perfect for him because I knew how personal 'Up's lyrics were to him."