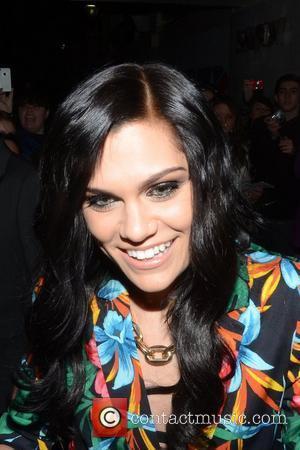 Jessie J, Jason Derulo and the Sugababes have donated unique personal artwork to an auction in aid of a Scottish children's hospice charity.
Singers Will Young and Pixie Lott as well as British boy bands One Direction, JLS and The Wanted also contributed doodles to be sold off to raise cash for the Children's Hospice Association Scotland (Chas).
Jessie J crafted a self-portrait and kissed the paper to leave a lipstick mark on the face, while Derulo depicted himself as a microphone with a giant afro. Young sketched a cartoon chicken, and Lott painted the Scottish countryside alongside her autograph.
The signed images will be auctioned off at a Real Radio charity event on 14 April (12).