Jessie J thinks she's ''the uncoolest person ever'' - and admits she puts on her confident persona for the stage. 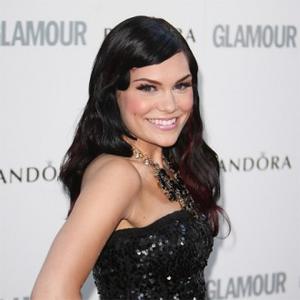 Despite winning the Critic's Choice BRIT award and her first two singles topping the UK charts, the 22-year-old hitmaker says she only feels confident when she's working.

She explained: "I'm like, the uncoolest person ever! I just have to be confident on stage."

The 'Price Tag' singer even admitted winning the prestigious award feels unreal and she still can't quite believe she's achieved success after working at her music career for so long.

She said: "It's surreal. I feel like someone's going to wake me up in a minute! It's like a dream come true.

"I've worked really hard at it for six years, so to be rewarded is very special. I've had a number-one single and have the most amazing fans. I'm really proud of who I am."

Yet despite enjoying her newfound fame, Jessie admitted earlier this month that she hates being recognised.

She said: "I'm not keen on the whole people knowing who I am thing. I can't go out without people wanting to take pictures of me because I'm very recognisable.