Jessie Ware thinks her brother would ''clean up'' if he went on tour with her because she has such a large gay fan base. 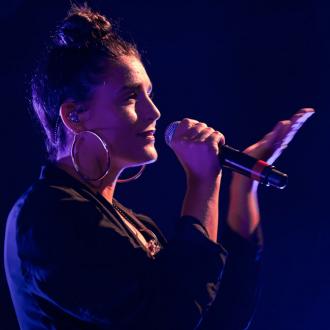 Jessie Ware wants to take her brother on tour to find him a date.

The 'Say You Love Me' singer - who married childhood sweetheart Sam Burrows in August - has a big gay fan base so thinks her brother Alex would ''clean up'' at her shows.

She said: ''Gay men seem to like me. It might be because I talk about my gay brother Alex all the time - I try and ship him off to people in the audience every time.

''I think he should come on tour with me because he'd clean up. He's younger than me and in his last year of medical school. He's a catch!''

Though Jessie, 30, is happy with her career so far, she still hasn't perfected writing a ''really happy'' song.

She told Stylist magazine: ''The only thing I struggle with is that I still haven't written my ultimate happy song.

''I can't really do it, although 'Champagne Kisses' has this euphoric feeling, but still with a bit of tension.

''That's the thing I still need to conquer, writing a really happy song.''