No surprises in this weekend's box office, but it was a relief for Hollywood.

Not much to report from the box office after this week – despite all its manpower, Expendables 3 just couldn’t outgun previous chart toppers Teenage Mutant Ninja Turtles and Guardians of the Galaxy and ended up fourth in a line of new releases and return champions. The Turtles continued their reign with a respectable $28,4 million on their second outing according to Rentrak (via The Huffington Post).

Check out the guns on that turtle.

Guardians trailed only slightly behind with $24,7 million. In a slight disappointment for Marvel, the superhero space opera lost its lead in just the second week to the CGI-heavy TMNT flick. Even so, on its third week, GotG has reached an impressive cume of $222 million for distributor Walt Disney. Coupled with TMNT’s earnings this should enough to restore some faith in the 2014 summer box office from studios. For comparison, August so far marks a 14% increase in profits since last year, which of course concerns the average moviegoer roughly 0%.

Sylvester Stallone announced Harrison Ford would be appearing in 'Expendables 3' but "greedy" but "lazy" Bruce Willis certainly will not.

Sylvester Stallone has made his feelings towards Bruce Willis crystal clear after tweeting about Expendables 3. The Rocky actor confirmed that Harrison Ford would be joining the Expendables cast, replacing Willis. Sylvester Stallone at the New York premiere of Bullet to the Head.

Stallone described Bruce Willis as "greedy and "lazy" on Twitter shortly after confirming Harrison Ford will be replacing Willis in Expendables 3. In his first Tweet, Stallone claimed he'd "been waiting for years" for the news that "Willis out" and "Harrison in".

Barney Ross is the leader of a group of mercenary fighters, his team is made up of Lee Christmas, Yin Yang, Hale Caesar, Toll Road and Gunnar Jensen, each member is a specialist in varying areas of destruction and fighting.

Once Upon A Time In China Review

By James Brundage
Essential
The West has Billy the Kid and the East has Wong Fei-hung... and if ever the twain shall meet I will lose all faith in humanity and moviemaking. [Check out Shanghai Noon. -Ed.] Wong Fei-hung, arguably the biggest folk hero in Chinese legend and cinema, has shown up in various movies and dime novels in China since the 1930s. In America, he's just begun to make a real dent... showing up via Jackie Chan in The Legend of Drunken Master and Jet Li in Once Upon a Time in China.

Master of just about any kung fu style out there and massive opponent of imperialism, the legendary Wong Fei is pretty much there whenever China needs him, and, when one of China's anti-imperialist generals goes off to resist the French Occupation of Vietnam, Wong Fei is set to train a local militia to ensure that the West doesn't overrun the country while the General is away. Wong, with the help of many a militiaman with a strange-translated nickname (like Porky or Buck Teeth), attempts to do so, but this being a movie, something had to go wrong. In this case, his militia men get involved in a street fight with a local mobster, Leung Fu (Biao Yuen), and just happen to fight their way into Wong Fei-hung's diplomatic dinner with the Americans.

Continue reading: Once Upon A Time In China Review 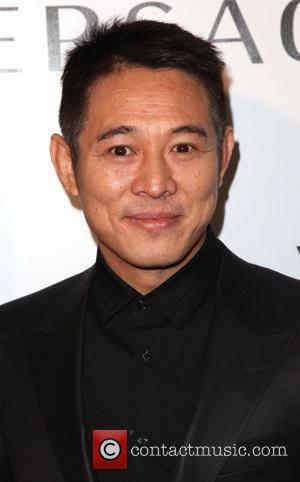 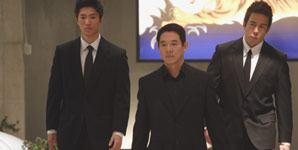