Singer/songwriter Jewel Asked For Her Dad's Permission Before Writing About Her Abusive Childhood In A New Memoir. 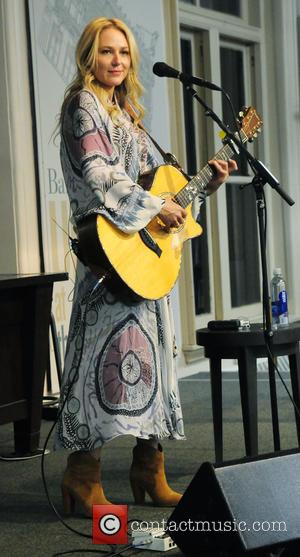 The Foolish Games hitmaker felt compelled to tell all about her tough upbringing in New York Times bestseller Never Broken, but she admits she had to get the blessing of her once estranged father before including some items.

Jewel reveals she left home at 15 because she tired of her dad's abuse, but she now admires the way he tackled his personal demons to become a much better man - and she feared raking up the past would be too much for him.

She says, "My dad was raised in an abusive home and that cycle continues until you learn how to break it... My dad changed those patterns and learned a new emotional language... but it was a really tough childhood, for sure.

"We have a great relationship (now). My dad and I really made amends... You don't move out at 15 unless things aren't going well. It's really a wonderful treasure to have seen how my dad and I's relationship had changed and that has a lot to do with him.

"There's a really tough story in the book - a pretty graphic story I shared - and I asked my dad's permission, because I really wanted to have a conversation that wasn't about shame or bitterness, but really about this emotional language that we're taught, and my dad had a lot of PTSD (Post-Traumatic Stress Disorder) from Vietnam, as well as from his own childhood and he was responding how he was taught to respond.

"It was fun to show the whole cycle about him not only having been abusive, but actually having learned another way of being."

She admits it was tough to approach her dad and ask him if he'd be OK is she included the graphic tale in the book.

Jewel tells Access Hollywood Live, "He said, 'You know Jewel, this is your life. This is your story to tell and you're welcome to tell it'. He also knew the purpose was not to make my dad sound bad."

And the singer has since realised her dad was a "good guy" who did his best after his wife left home.

She adds, "When I was young my dad sort of seemed like this villain... and my mom, who left when I was eight, seemed like this really calm, peaceful, amazing person; that's the image I had of her for a long time, and it ended up costing me a lot... I haven't talked to her since 2003.

"The person I thought she was as a mom... It was a huge loss for me... My need for her love was so blinding that I was in love with a fantasy."