Jewel Wrote A New Song As A "Eulogy" For Her Marriage, And Broke Down In Tears When She Came To Record The Track. 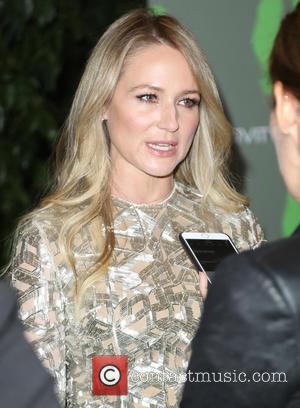 The singer split from her husband TY MURRAY in 2014 after six years of marriage, and she has now revealed she poured the heartache from her divorce into music for her new album Picking Up The Pieces.

Jewel reveals one song in particular, titled Love Used To Be, details the breakdown of the former couple's relationship.

She tells the New York Post, "This is a very raw, very emotional record... I wrote Love Used To Be as a eulogy for the marriage... I think I ruined seven takes. In general, I only do two takes of each song. But for this, I kept crying so much during the recording that I kept ruining takes, and had to come back to it later."

She adds of her relationship with Murray, who is the father of her four-year-old son Kase, "The man I fell in love with is still that person. He didn't change so completely that he's not a person I can respect and admire, even if it's not in a romantic way. We have a child together, and it would be incredibly selfish for either of us to not (make an effort to) have a friendship. That would be incredibly shortsighted. We're in a relationship forever, because of our child. The nature of that relationship changed, and it takes a lot of care and mindfulness to help that transition. But you don't get to burn it down. You don't get to walk away."