Jim Carrey has admitted the diet he undertook to play street magician Steve Gray in 'The Incredible Burt Wonderstone' was extremely difficult. 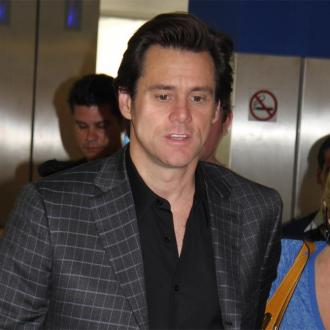 The 51-year-old actor shows off his svelte physique in 'The Incredible Burt Wonderstone' but admitted it was tough to get in shape to play street magician Steve Gray and he was thrilled to be able to cut back on exercising after filming ended and regain the weight he lost.

He told People magazine: ''It's not a happy place to be. I'm back now. I've got Mr. Cuddly back and we're happy.

While Jim appears topless in the movie, he insisted it won't become a regular occurrence and joked: ''I figured that was Matthew Mcconaughey's thing.''

Jim is not the only star to undertake a tough diet for a role, Hugh Jackman has admitted he consumed ''nothing but water'' for 36 hours to prepare for 'Les Miserables'.

The Australian actor has seen his 'Wolverine' filming delayed so tried to keep in peak physical condition in preparation for the role - but then needed a dramatic transformation when he had to start work on the musical before the action film.

''So for the last year I've been staying in the vicinity of where I need to be. Then when I got 'Les Miserables', Tom [Hooper, director] said, 'You know, when we find you you're straight out of prison, which is effectively a labour camp. I need you to be worryingly thin, sunken cheeks...'

''I was like, 'Oh my God!' So I worked my a**e off for the beginning of that film - I went for the old water diet thing where it's nothing but water for 36 hours.''