Rihanna is 'an excessively warm person' 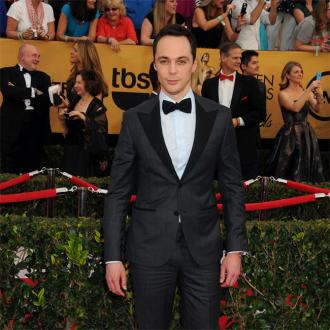 The 42-year-old actor, who's best known for playing Sheldon Cooper in the American sitcom 'The Big Bang Theory', stars alongside Rihanna in the new computer-animated movie 'Home', in which she plays a pre-teen girl named Tip.

Asked whether he got to record much with the 27-year-old pop star, Jim said: ''A little bit, not a lot. It was wonderful. She's an excessively warm person, a very funny and quick-witted person.

''We had never met before, and I was taken aback at what a wonderful sparring partner she was, both in conversation and to work with, immediately.''

And Jim - who stars as Oh, a friend of Tip - said Rihanna is the perfect for the role, saying he found her performance to be ''very moving''.

He told the Huffington Post: ''I think she's a beautiful fit for this part because she brings two very opposite qualities to this character, of strength and maturity, and this real sad loner quality at the same time. It's very moving, and very vivid, what she's brought.''