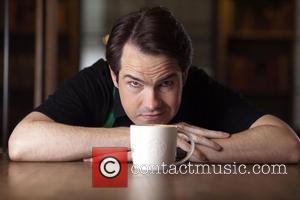 Jimmy Carr 's recent tax dodging scandal may have been bad news for him, but it was good news for his show '8 out of 10 Cats' on UK network Channel 4 which last Friday posted its largest viewing figures since January 2010 and almost double the amount who'd tuned in the week before.
The show was filmed last Thursday, just a couple of days after the news of the comedian's tax scheme broke, forcing him to apologise on Twitter for his error of judgement. In scenes reminiscent of when Angus Deayton was in the firing line from guests on his show 'Have I Got News For You?' on the Bbc, having been reported to have slept with a prostitute, Carr was spared little mercy by panellists Sean Lock and Jon Richardson. At one point Lock commented "We all like to put a bit of money away for a rainy day, don't we? But I think you're more prepared than Noah. We can all now see why you work so hard - you get to keep all the money."
Carr, to his credit, shirked none of the responsibility and said "I hate to sound like I'm passing the buck, but I'll tell you who I blame for this whole mess - me. It's entirely my fault" adding "There should be no sympathy for me at all." The grilling was watched by an average of 2.5 million viewers, according to the Bbc, peaking at 2.7 million.