Justin Timberlake has revealed Jimmy Fallon interrupted his wedding speech after he tied the knot with Jessica Biel last October by cracking a joke during a brief pause. 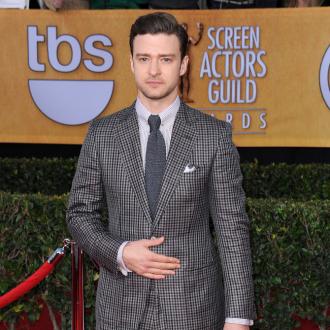 The 'Suit & Tie' hitmaker tied the knot with Jessica Biel, 31, at a ceremony in Southern Italy last October and the 'Late Night' host was one of the 150 guests invited to celebrate with them.

However, the pop star and actor was taken aback when his friend cracked a joke from his seat in the middle of his intimate words and continued to steal the show.

Speaking about the moment to Time magazine - in which Jimmy has been named in their 100 List of Most Influential People in the world - Justin recalled: ''Picture this: I'm in the heart of an impromptu speech at my wedding reception in front of 150 guests, pouring it out to my lovely new bride.

''You could hear a pin drop. I paused for just a moment in between thoughts. And then there was Jimmy, shouting a joke from his seat, sparking an improv between the two of us that went on for a good five or 10 minutes and had all our guests roaring with laughter.''

While Justin, 32, was left confused by Jimmy - who is set to take over Jay Leno's hot spot on NBC's 'Tonight Show' next year - he knows all those who witnessed it will ''remember it forever'' and let his close friend off.

He added: ''Interrupting the groom's speech at the wedding reception? Cracking jokes when your buddy is looking desperately for the words to say that he hopes his wife will remember forever?

''It turned into a moment that everyone there will remember forever. Anyone else would have bombed on that stage. And then I would have kicked their ass.''