Jimmy Kimmel And ABC Still Not Off The Hook With Chine

ABC and Jimmy Kimmel are targeted by Chine, who are waiting for a response to the 'Kid's Table' skit with a "sincere attitude". 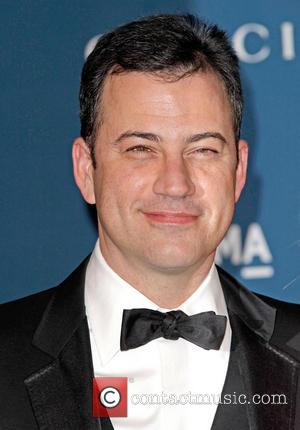 Jimmy Kimmel is in hot water.with another country.

Chine are wanting a third apology from the talk show host and ABC, after they aired a satirical skit on Oct 16th called 'Kids' Table'.

The controversy stems from a child, who featured on the skit, said the US should "kill everyone in Chine" to fix the national debt.

ABC has already offered two apologies for the incident but Chine's Foreign Ministry wants the network to continue grovelling for forgiveness over the "offensive comment."

At a press conference in Beijing on Monday (Nov 11th), covered by CCTV News, Chinese Foreign Ministry spokesman Qin Gang said, "ABC should face up to its mistake and respond with a sincere attitude to the reasonable demands by Chinese people in America, and prevent a similar incident from occurring again."

Kimmel apologised live on air for the segment, he announced to the audience, "I do want to apologize to all of you if I upset you, we should not have put that on the air."

ABC's first apology was on Oct 28th, with the network stating, in a letter to pan-Asian-American political organization 80-20, "ABC would never purposefully do anything to upset the Chinese, Asian or other communities."

Their second public apology came on Friday (Nov 8th) which read, "On behalf of everyone at Jimmy Kimmel Live and ABC, please accept our heartfelt, sincere apology for the airing of the "Kids Table" segment of Jimmy Kimmel Live! on October 16, 2013".

"The simple fact is, the segment should never have been broadcast. Systems we have in place for these types of things did not function properly, and steps have been made to try and prevent this kind of egregious mistake from occurring in the future."

So far the protestors outside Kimmel's studio and the Chinese, have refused these apologies, so how will ABC make amends? China want another apology from Kimmel and ABC