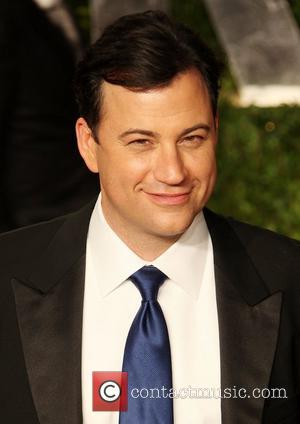 Jimmy Kimmel has been evacuated from a small island in French Polynesia following the earthquake and subsequent tsunami in Japan.
Jimmy Kimmel, the American talk show host, has been evacuated from a holiday destination in the South Pacific following a tsunami scare, reports the Press Association.The comedian had been holidaying on the island when the warning was issued following the devastating earthquake in Japan. The 43-year-old initially joked about the situation on his Twitter page, telling followers, "Suddenly, relaxing on an island in the South Pacific isn't so relaxing anymore. Good thing I brought my aqua stilts". He later added, "I wish I was joking. That's where I am. I'm on an island in French Polynesia, glued to CNN". After being asked by a follower how scared he was "on a scale of one to ten", Kimmel replied, "A good solid 7. On a small island, with no high ground". However, the comedian's latest tweet reads, "We are evacuating the island. Dogspeed".
Jimmy Kimmel's twitter updates come after a number of high-profile celebrities tweeted messages of condolence to those affected by the devastation in Japan. Among the well-wishers were Kim Kardashian, Paris Hilton and P DIDDY.