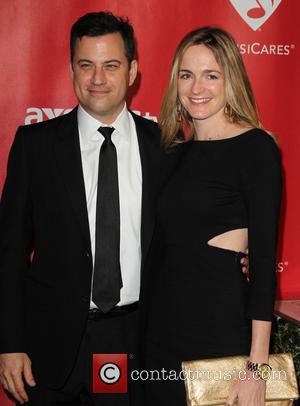 It’s become the case that as sure as night follows day, so the Jimmy Kimmel Live Show will run a bang up program post-Oscars awards show.

The show followed the immediate aftermath of the 2013 Oscars, which saw the likes of Argo and Ben Affleck, Jennifer Lawrence, Ang Li and Bradley Cooper walk off with the main honors, and Kimmel was once again quick to mock the Hollywood film industry with a show brimming with satire. MTV reports that Kimmel opened with a lively monologue which saw him throw barbs at E!’s Ryan Seacrest, saying that he “took home the award for Best Animated Short” as well as poke fun at John Travolta, who’d struggled to pronounce film name Les Miserables at the event itself.

Then there was the sequel to Movie the Movie, the fake movie trailer that has since gone on to become a Youtube favorite after its debut at last year’s Oscar post-show. The sequel was called Move the Movie V2 and switched between a multiple of genres and featured the likes of Rachel Weisz and Armie Hammer which most notably mocked The Twilight Saga. A zombie apocalypse meanwhile takes care of the likes of Jude Law, whilst Gerard Butler also appears for a cameo. Yet inspite of the undoubted hi-jinks, there was something lacking in Kimmel’s show last night, and it wasn’t his fault – more over it just seemed that the material he had to work with, the Oscars themselves, was a little dull this year.