The late-night host attempted to outdo Ellen DeGeneres' most-famous selfie ever, which she took while hosting this years Oscars. 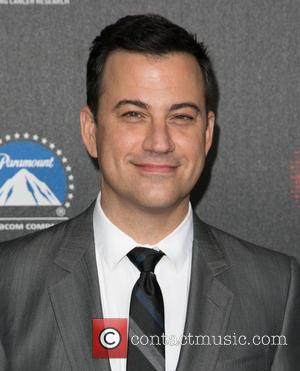 Anything Ellen DeGeneres does, Jimmy Kimmel can do better.

The 46 year-old has attempted to out shine Ellen's famed Oscar selfie, which she took while hosting the 86th Academy-Awards.

Although there were no Hollywood stars in Kimmel's photo, having a selfie with the former first family of the Unites States of America may have more esteem than the Oscar pic.

The comedian took the snap after conducting an interview Clinton Global Initiative University in Tempe, Arizona, which was in front of approximately 1,000 students.

With Kimmel questioning the Clinton family, it isn't a surprise there were little political issue being addressed, as it was a more light-hearted affair.

The famous family spoke about meeting at Yale University, their favourite television shows and loosely touched on politics.

Although, during the interview Jimmy probed the former Secretary of State Hillary Clinton on whether she planned to run for president in 2016, but she mindfully avoided giving a straight answer.

"I am very much concerned about the direction of our country," she said, (via NY Daily News). "And it's not just who runs for office but what they do when they get there and how we bring people together and particularly empower young people so we can tackle these hard decisions."