The White House states "The Federal government cannot force ABC to remove this show," in a response to the petition asking for 'Jimmy Kimmel Live' to be taken off air after broadcasting the controversial 'Kids Table' skit. 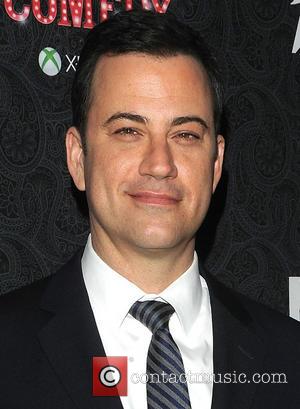 This past October Jimmy Kimmel and ABC found themselves in hot water with China.

In the controversial segment Kimmel agreed with a child that the US should "kill everyone in China" to fix the national debt.

An intense backlash followed as Chinese-Americans protesters crowded outside the ABC Studios and the Chinese Foreign Minister weighed in on the skit.

In a press conference last November, Chinese Foreign Ministry spokesman Qin Gang said, "ABC should face up to its mistake and respond with a sincere attitude to the reasonable demands by Chinese people in America, and prevent a similar incident from occurring again."

Even though the 46 year-old and ABC have offered two apologies, a petition was created on WhiteHouse.gov's We The People page, demanding the removal of the talk show.

In The White House's response, it recalled that ABC and Kimmel have "already apologized independently" and reminded the disgruntled viewers that the comments "do not reflect mainstream views of China in the United States."

Adding that "The Federal government cannot force ABC to remove this show. The First Amendment of the Constitution protects free speech, even if individuals might personally find it offensive or distasteful."

"It may be upsetting when people say things we might personally disagree with, but the principle of protected free speech is an important part of who we are as a nation," The White House concluded.

We are updating this article to point out that Jimmy Kimmel did not "Agree" with the child on "killing all the Chinese". Jimmy Kimmel just said it was an "Interesting Idea" - which isn't the same as "Agreeing". We apologies for the inaccuracy.

Watch the controversial skit below