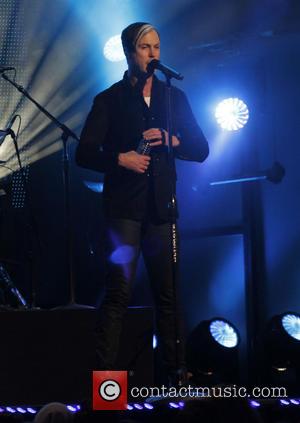 U.S. late night talk show host Jimmy Kimmel has vowed to never have actress Vivica A. Fox as a guest on his show again after he stirred up controversy between her and best friend, U.S. Tv personality Star Jones.

The comedian was a guest on late night chat show Watch What Happens Live on Sunday (09Mar14), and host Andy Cohen put Kimmel on the spot with a series of tough questions, including which celebrity he would never ask back.

At first, Kimmel was blanking on the actress' name, and said, "You know, it's funny because all the guests I would never invite back, would never come back in the first place."

And when host Cohen tried to help jog his memory by asking what (show) she was on, the Tv host quipped, "drugs."

Kimmel finally remembered the banned celebrity's name and revealed, "Vivica A . Fox was the guest. She may have been invited to Star Jones' wedding and I may have asked her if I could be the date to that wedding, and Star Jones may hate me and may have yelled at her and she may have been very angry when she (Fox) came back to our show."

The funnyman had long poked fun at Jones, making jokes about her weight issues and her marriage to investment banker Al Reynolds, from whom she divorced in 2008.

A year after Jones' 2004 wedding, at which Fox served as a bridesmaid, the Kill Bill star made her last appearance on Kimmel and was not pleased with the fact he continued his tirade of jokes at her pal's expense once she arrived on the stage.

Fox said, "We usually have really great comical moments, but that's my friend and I love her... It's not funny to me, so let's start over."

But things failed to improve when Kimmel suggested that he, Fox, Jones Reynolds and her husband get together, she responded, "You would get your a** kicked... I would have to take off my shoe and beat you down, brother!"