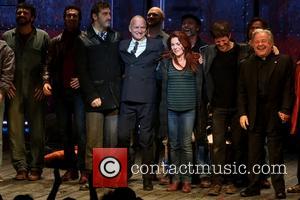 Former British singer Jimmy Nail has separated from his wife MIRIAM JONES. The Evita star met Jones in 1980 and has credited her with persuading him to audition for British TV comedy Auf Wiedersehen Pet, which launched his career as an actor. A spokesman for the star says, "Jimmy Nail and Miriam Jones are no longer an item. They remain the best of friends. There will be no further comment." The couple have two sons, Tom and Fred.