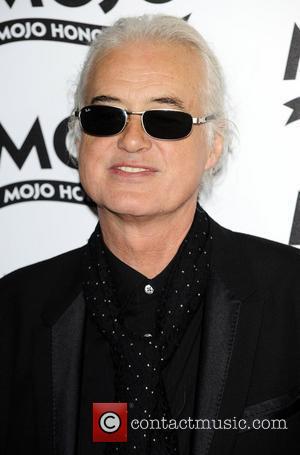 Jimmy Page and John Paul Jones spent a year rehearsing Led Zeppelin material with a view to touring the world without frontman Robert Plant, according to drummer Jason Bonham.
The trio and the late John Bonham's son teamed up for a one-off reunion concert to honour music mogul Ahmet Ertegun in December 2007, fuelling reports of a full-on global tour.
But the idea never materialised as Plant refused all offers of a get together and instead concentrated on his hit side project with country star Alison Krauss.
And now Bonham has revealed that he, Jones and Page had every intention of hitting the road with another singer.
But he tells MusicRadar.com, "After a while, it was just time to move on. We did a year of writing and putting stuff together. I loved working with Jimmy and John Paul. It was so much fun."
However, Bonham refuses to reveal the identity of the Plant replacement: "Somebody else was involved, and that's all I'll say."