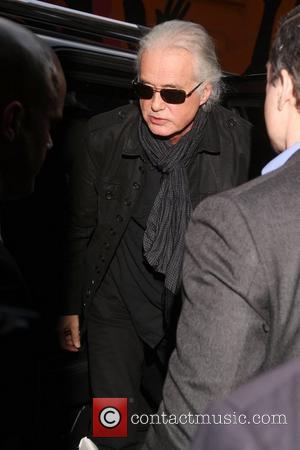 The film boss tells the new issue of The Hollywood Reporter he came close to agreeing terms to get Page back onstage with bandmates Robert Plant and John Paul Jones in December (12), but the guitarist's legal expert wrecked his big plan.

Weinstein says, "He's got a lawyer who's Satan or something like that."

Clear Channel entertainment president John Sykes, who produced the concert with Weinstein, explains, "Harvey found out Led Zeppelin was being honoured by The Kennedy Center, and he chartered a plane to (Washington) D.C. and was like, 'We're going to get presidents Obama and Clinton to get Led Zeppelin back together'."