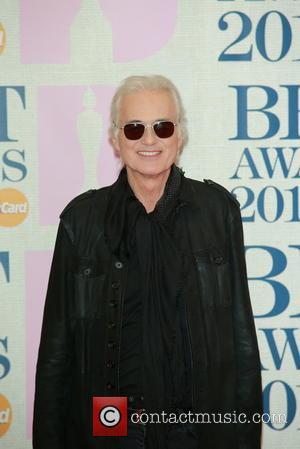 The Led Zeppelin rocker has been locked in a property war with the former Take That star since January (15) after Williams lodged an application to redesign his home in London's Holland Park neighbourhood.

Page filed several complaints against the plans, and hired structural experts to back up his claim that vibrations from the work will affect his historic home nearby.

After a number of alterations to the proposals, Williams was given the go-ahead to lower some floors and upgrade some walls by the Royal Borough of Kensington and Chelsea planning committee this week (beg06Jul15), as long as he installs a device to monitor vibrations, which must stay below an agreed limit.

The council report reads, "The vibration monitoring information states there would be no harm to (Page's house), which has an important interior decorative scheme and finishes as reflected in its listing at Grade I... (Heritage commission) Historic England has advised that proposed works at the application site are modest and occur a reasonable distance away from the (Page's house), and that there is no risk of the (house) being affected by ground movement as a result of the proposed works."