Jimmy Page has revealed plans for a solo tour next year, but dismissed speculation Led Zeppelin were prepared to replace Robert Plant in order to go out on the road. 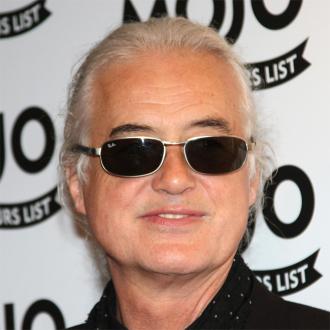 Jimmy Page plans to go on a solo tour next year.

The Led Zeppelin guitarist originally wanted to go out on the road this year but following the release of the group's DVD 'Celebration Day' - a concert film of their one-off reunion show at London's The O2 in December 2007 - he had to push his plans back until the tail end of 2013.

He said: ''This time last year I intended to be actually playing by now in a live outfit. So that will have to be postponed now into sort of next year, tail end of next year. But I definitely want to be doing that.''

Jimmy admits the group - also made up of frontman Robert Plant, bassist John-Paul Jones and drummer Jason Bonham - didn't consider bringing in another singer to replace Robert in order to tour as Led Zeppelin again because it would have ''changed the character'' of the band.

He added to Guitar World: ''Jason, myself and John Paul Jones felt it was the right thing to do to go in and start playing new material and see how we were getting on.

''There was talk about bringing in some other singers, but that would have changed the character of what we were doing, and done it rather suddenly.

''There was a lot of ... I won't say pressure but a lot of hinting about 'this singer and that singer.' And for me, it was more about, 'Let's see what we can really do.' But I don't think we really got a chance to do that.''

Jimmy recently admitted he was keen to go on tour with the band after their 2007 reunion concert, but it wasn't possible because Robert was too busy working on his 'Raising Sand' LP with Alison Krauss.