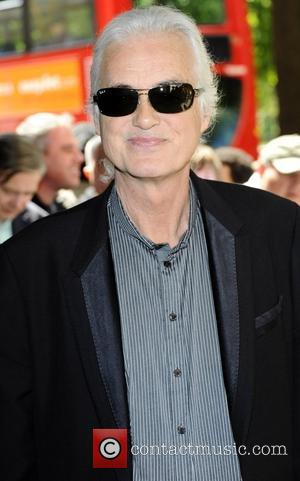 Rare movie soundtrack music Led Zeppelin star Jimmy Page recorded 40 years ago is finally set for release on a new album.
Tracks the guitar great recorded for Kenneth Anger's short film Lucifer Rising, which were never released, will feature on Page's new album Lucifer Rising and Other Sound Tracks on 20 March (12).
Page had a cameo role in the 1972 movie.
The new album will be available exclusively through the rocker's website.