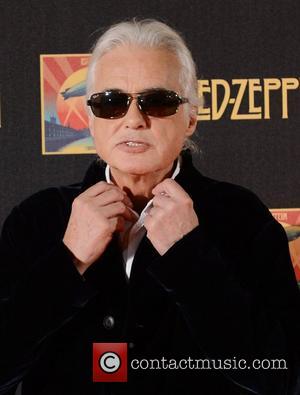 "What a spirit there is here," he said at the ceremony. "Music has so much power across so many avenues. To be in a position to do the thing you're best at, which is making music, and bringing joy and pleasure to other people, it can't be much better than that. I wish to pass that on to all of you."

"Congratulations with your degrees and lots of success in the future," Page added.

When it was announced that Page would be receiving the degree in March he emailed Rolling Stone to express his gratitude for the recognition.

"It's truly an honour to be the recipient of an Honorary Doctorate at Berklee as the music of America has been a primary driving force in my early years and pivotal to my musical development," he said.

Page was the lead guitarist for Zeppein for over a decade until he left in 1980, they are preparing to release a new series of archival content this June. Page received the doctoral degree on Saturday (May 10th)