Page: 'I Was Too Traumatised To Think About Zeppelin' 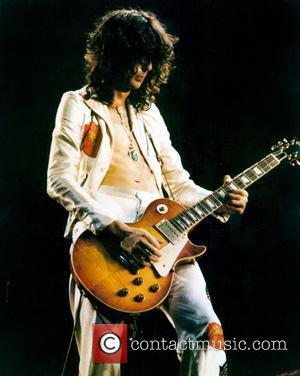 Jimmy Page refused a Led Zeppelin reunion for years - because he was too traumatised by the death of drummer JOHN BONHAM to hear the band's songs. The group disbanded after the accidental passing of the then 32-year-old, who died choking on vomit after a session of heavy drinking - and Page was so horrified he avoided the band for years. He says, "After John Bonham's death I spent 15 years not even wanting to think about Led Zeppelin. "But I also have difficulty thinking it's all over. Now at least one concert is planned and I'm incredibly happy about that." And it was the music that eventually convinced the guitarist to reunite with his bandmates for a comeback concert. He adds, "If I listen to our records from that time now, I think, 'My God, we were incredibly good!' "We really blew everyone else off stage and in that way created a separate status for ourselves in the music world." Led Zeppelin reformed to headline an upcoming tribute concert for late Atlantic Records founder Ahmet Ertegun in London this month (10Dec07) - but the rockers are also rumoured to be planning a U.S. tour with The Cult in 2008.