J.J. Abrams says 'Star Trek: Into Darkness' ''has to be sexy'' as it explores the relationship between Uhura and Spock, played by Zoë Saldana and Zachary Quinto. 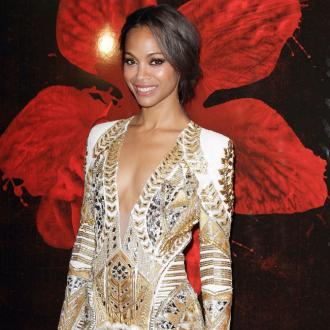 The renown director is eagerly anticipating the release of his sequel to the 2009 reboot and has admitted he enjoyed being able to explore the sexual chemistry between characters, breaking the boundaries which the original TV show never could at the time.

Speaking in an interview with Playboy magazine, Abrams said: '' 'Star Trek' has to be sexy. That's in keeping with the original spirit of the series. In the 1960s they were limited because of the time, but so much was insinuated.

''Part of the fun of our first movie was playing with the idea that Uhura and Spock (Zachary Quinto) were a couple. This movie takes that further and asks how that's possible. Why would she be interested in that kind of guy, and why would she put up with him?

''It's obvious what he would like about her. I mean, it's f**king Zoë Saldana.''

Abrams continued to talk about Captain Kirk (Chris Pine) and his womanising ways, dubbing him a ''player''.

He added: ''It's always fun playing the womanising card with Kirk and seeing him in bed with girls who might not be completely human - you know, green skin or whatever.

''Nobody's going to force Kirk to be a romantic and settle down; that would feel forced and silly. Kirk's a player. We like him that way.''

'Star Trek: Into Darkness', which sees Benedict Cumberbatch take on the role of villain John Harrison, is out in cinemas on May 9 in the UK and May 17 in the US.