J.J. Abrams and his Paramount Pictures partner Bryan Burk have bought the rights for a Lance Armstrong film, based on Juliet Macur's book proposal 'Cycle of Lies: The Fall of Lance Armstrong'. 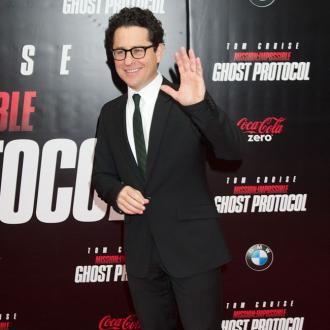 J.J. Abrams is set to make a film about shamed cyclist Lance Armstrong.

The 'Star Trek' director has teamed up with his Paramount Pictures partner Bryan Burk to snatch up the rights for New York Times reporter Juliet Macur's book proposal 'Cycle of Lies: The Fall of Lance Armstrong', who is planning to pen the book after covering the drugs cheat for more than a decade.

Sony Pictures once planned to create an Armstrong movie, with 'Love and Other Drugs' star Jake Gyllenhaal previously tipped to take the lead.

However, the production company abandoned the project when the Tour de France winner's reputation began to suffer and he has now been stripped of all his titles between 1999 and 2005 after he admitted being involved in a doping scandal.

Matthew Mcconaughey - who is good friends with the cyclist - is also said to have been approached with the role, but feels ''p***ed off'' with his pal's fall from grace.

Matthew said: ''My first reaction was I was p***ed off. I was mad. I then got kind of sad for him. First off, I had a part of me that took it kind of personally, which I think a lot of people have.

''For him, it was impersonal because he was living a lie. It was a whole unanimous facade he had to carry around.

''What I realised is that those of us that took that personally, like, 'Oh, he lied to me,' it's not true. What I mean by this is, what was he supposed to do? Call me to the side and go, 'Hey man, I did it but don't tell anybody.' Then I would have really had a reason to be p***ed off at him, going, 'You want me to walk around holding this?'''