J.K Rowling is set to publish a sequel to 2013's 'The Cukoo's Calling', and will use the same Pseudonym, Robert Galbraith. 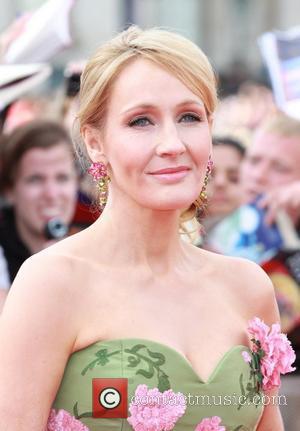 J.K. Rowling will publish a second novel under the pen name Robert Galbraith.

Rowling's forthcoming novel, titled 'The Silkworm', will be a sequel to Galbraith's first novel and will continue to depict the adventures of Mr Strike, notes The Hollywood Reporter.

In the story's next instalment, the private investigator tackles a missing-person case when novelist Owen Quine, who has just finished a body of work that features detestable descriptions of almost everyone he knows, is nowhere to be found.

Quine is eventually found dead, and now the clock is ticking to find the culprit, determine the motive and prevent such a savage killing form occurring again.

Upon first release, The Cukoo's Calling' didn't garner much attention, but it soon began to fly off the shelves when a law firm, that rep's Rowling, let the real identity of the author leak in a tweet.

The lawyer who has responsible for the faux pas was fined for his careless actions.

At the time Rowling was very angry with the leak and released a statement that read, "A tiny number of people knew my pseudonym, and it has not been pleasant to wonder for days how a woman whom I had never heard of prior to Sunday night could have found out something that many of my oldest friends did not know."

"To say that I am disappointed is an understatement. I had assumed that I could expect total confidentiality from Russells, a reputable professional firm, and I feel very angry that my trust turned out to be misplaced," she concluded.

'The Silkworm' will be published on June 19th in Britain and June 24th in the U.S. J.K. Rowling will pen another novel under the name Robert Galbraith