The British author wrote a 1,500-word long short story about Harry, Ron and Hermione reuniting at the 2014 Quidditch World Cup, all aged 34 years-old. 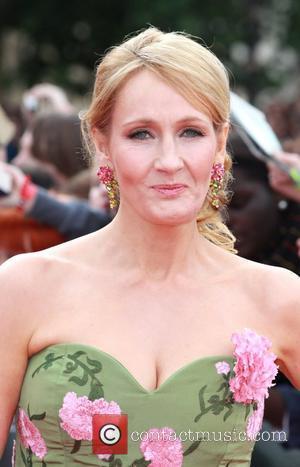 The author of the teenage wizard book series, J.K. Rowling, has given a sneak peak into the adult lives of Hogwarts's favourite characters after the final isntalment ended.

Rowling wrote a short story, 1500 words long, on her Pottermore website that depicts the adult lives of Harry Potter, Hermione Granger and Ron Weasley, many years after their storied adventures.

The British novelist wrote the piece as a Daily Prophet article through the eyes of gossip columnist Rita Skeeter, detailing the famous trio reuniting at the 2014 Quidditch World Cup, all aged 34.

So what's changed in all these years?

Skeeter describes seeing "a nasty cut over his right cheekbone" of Potter, but when she asked the Ministry of Magic about his injury, their response was: "We do not comment on the top secret work of the Auror department, as we have told you no less than 514 times, Ms. Skeeter."

Harry now works as an Auror, a member of a special unit of elite officers trained to apprehend Dark Wizards.

Ron's famous ginger locks "appears to be thinning slightly," while he runs a joke shop, but he still remains married to Hermione, who has achieved a "meteoric rise" to Deputy Head of the Department of Magical Law Enforcement. They duo are parents to two children, Hugo and Rose.

Skeeter describes the three friends, who are guests in a VIP tent, as "a certain gang of infamous wizards. no longer the fresh-faced teenagers they were in their heyday, but nevertheless recognisable."

This short tale is the first time fans have heard from the characters in seven years, since Rowling published 'Harry Potter and the Deathly Hallow' back in 2007.

More: 'Fantastic Beasts and Where to Find Them' To Be Filmed in The U.K

As for the other recognizable characters, Neville Longbottom is an immensely popular Herbology teacher at Hogwarts, married to Hannah. Luna Lovegood is married to Rolf Scamander, "swarthy grandson of celebrated Magizoologist Newt," and they have twin sons.

There is no word yet if this will make its way onto the big-screen, but this is very doubtful due to the story being so short.