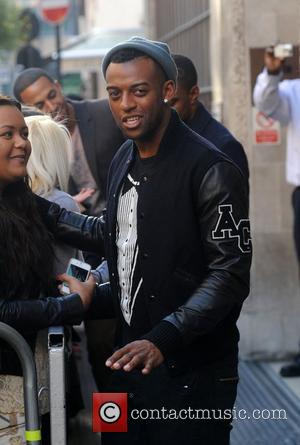 JLS have some stern words of advice for this year’s X Factor contestants.

Well, they have some words of advice for some of this year’s X factor contestants. It wasn’t too hard to figure out who they were aiming their words of wisdom at, exactly. Step forward, Rylan Clark and Lucy Spraggan, for you have been singled out as this year’s troublemakers.

“Don’t go out too much. I know it’s tempting,” offered Oritse Williams. “We didn’t get that opportunity to go out. But focus on the competition. It’s only a couple of weeks until the end.” The band were being interviewed at the royal premiere of the latest James Bond movie, Skyfall and didn’t beat around the bush when it came to showing their disapproval and Rylan and Lucy’s recent alcohol-fuelled debauchery.

“You’ve got to remember it’s a competition at the end of the day,” said Aston Merrygold. “Do you know what I mean? Every week, you’re singing live. Any singer around the world will tell you … that going out, shouting, even laughing, is detrimental to your voice.” We’re not sure if the 24 year-old would include ‘sobbing hysterically’ in that list as well, but if he does, then Rylan really does need to watch out. “So, going out and drinking mid-week and not concentrating on the weekend at hand is, again, not something that we did or that we condone in any way. Especially in that show and the intensity of that show.” Lucy, Rylan: consider yourselves officially told off by JLS.