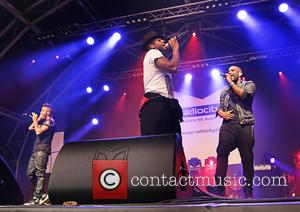 British bands JLS and Little Mix joined Bob Marley's sons to perform at a music festival in The Beatles' hometown on Sunday (25Aug13).

Reggae legend Marley's sons Damien, Stephen and Julian joined youngsters signed to the Ghetto Youths International Crew record label, which was set up by the brothers to help underprivileged youngsters make their break in music.

The performances were staged to honour the legacy of The Beatles during the festival, which runs until 22 September (13).