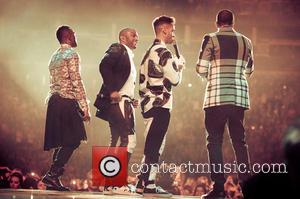 The British pop star is in talks to tackle his first ever film role, and hopes to combine acting with a solo music career, according to Britain's The Sun newspaper.

A source says, "Aston is currently mulling over the offer and he's seriously tempted. Filming starts over the next couple of months, so it would mean his singing will have to take a back seat. But these are exciting times."