The BBC announced a major shake-up of Radio 2's scheduling this week.

The BBC has moved to engender a drastic shake-up of the Radio 2 schedule, the British nation’s most listened-to radio station, by increasing the number of female presenters and pulling three of its longest-running arts shows.

The most significant move is that Jo Whiley is to move from her weeknight show to become the co-host of an extended three-hour drivetime programme, from 5pm to 8pm, alongside established host Simon Mayo.

Other changes made as part of the overhaul include former Radio 1 breakfast show host Sara Cox, who is presenting a new 10pm weeknight show, and former Catatonia singer Cerys Matthews, who will replace the veteran Paul Jones as host of a live blues show on Mondays. In the past, Radio 2 has borne the brunt of criticism concerning high pay and a lack of female presenters. Radio 4’s ‘Woman’s Hour’ host Jane Garvey said last year that the station was “extraordinarily male, entirely pale and [paid] big salaries”. It was in the context of the BBC’s self-audit of highest-paid on-air stars which showed that two thirds were men, including Radio 2’s Chris Evans, Ken Bruce, Steve Wright and Jeremy Vine.

Whiley, a long-time radio show host and occasional TV presenter, is the first female presenter to have a regular show on Radio 2’s daytime schedule for two decades, incredibly. She will be paid the same as her co-host Simon Mayo for her role.

Announcing the shake-up on Wednesday (January 10th), the BBC said that Whiley’s move was in fact “an editorial decision to pair up two of our most popular and much-loved presenters in an exciting partnership.”

Other changes involve three of the longest-standing programmes - the ‘Arts Show’, ‘The Organist Entertains’ and ‘Listen to the Band’ – being “rested”, with other dedicated arts programming taking its place.

Outlining the changes in its blog, which will take effect in May this year, Radio 2’s head Lewis Carnie said: “They have been long-serving programmes on Radio 2, but as the audience evolves we have to reflect what best serves their needs and where there is scope to broaden our offering.” 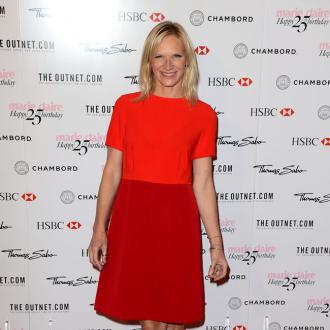