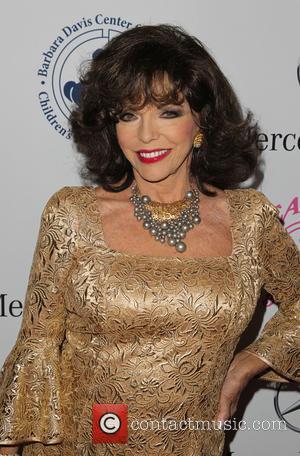 British actress Joan Collins has branded Bette Davis "utterly terrifying" and revealed the Hollywood legend once kicked her on a movie set.

The Dynasty star appeared opposite Davis in 1955 drama The Virgin Queen playing a lady in waiting, and they clashed during a particularly tricky scene.

Collins tells Britain's Sunday Mirror newspaper, "Bette Davis was utterly ­terrifying. She did not only scare me but she scared the other four girls who played her ladies in waiting. She used to stalk around smoking heavily and wore tight corseted gowns. Her mood was not always the best.

"In one scene I had to kneel down and tie up her shoe. In the first two takes it wriggled and wriggled and in the third take it just kicked me right across the floor. I was upset about that and the director blamed me for getting it wrong. For the final take I wedged her leg between my legs and tied her shoe up while stressing my lines to her. After that she never crossed swords with me again."