Christmas Will Be Tough For Joan Collins And Her Family This Year (15) In The Wake Of Her Sister Jackie’S Sudden Death. 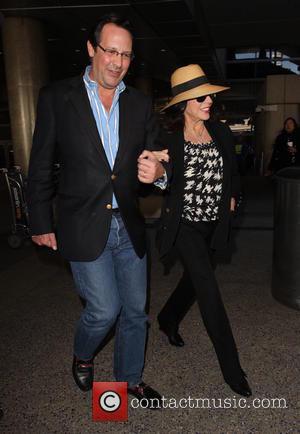 The romance novelist lost her battle with breast cancer on 19 September (15) at the age of 77, and Joan is particularly challenged by the thought of the holiday season, because she had already outlined an entire plan with her sibling.

"She told me me when she called about three weeks before (she died) that she had it (cancer) but she was fighting it and had been taking treatment," Joan tells U.K. chat show host Jonathan Ross. "We planned going to Hawaii for Christmas with all our various children."

Joan admits she still finds it difficult to talk about her sister's death, adding, "It was quite a blur... I’m still trying to process it, and thinking about the whole thing, I find it very hard to realise it. The fact she lived in L.A. and I'm in Europe most of the time means that when I do think about her I just think, 'Oh, she’s in L.A., I’ll see her soon'."

Even though Joan is still grieving her sister's death, the 82-year-old Dynasty star is doing everything in her power to plan ahead for Christmas amid the heartbreak.

The actress is looking forward to spending time with relatives, as she believes being in their presence will help her feel better.

"Hazel, my sister-in-law, will cook because she has a massive dining room and then I'll attempt something on Boxing Day."