Joan Jett The Who 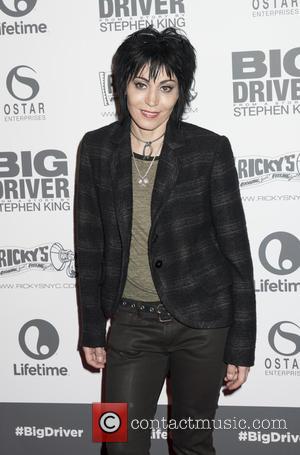 Joan Jett & The Blackhearts have signed up as the opening act for The Who when they embark on the next leg of their 50th anniversary tour in 2015.

The My Generation hitmakers are set to bring their The Who Hits 50! tour to North America, and they've enlisted longtime friend Jett and her Blackhearts, who were named Rock and Roll Hall of Fame inductees on Tuesday (16Dec14).

Frontman Roger Daltrey announced the news in a statement which reads: "Having Joan Jett & the Blackhearts, a great American rock band, support us on our North American dates will ensure concert-goers a full night of entertainment. I love her."

Guitarist Pete Townshend adds, "We've been very close friends with Joan Jett for a long time. She is the real deal. This will be a great night of rock and roll for everyone."

The Who kicked of their anniversary tour in Glasgow in November (14), but recently had to axe the final gigs in Europe after Daltrey fell ill with a throat infection.

The British rockers' North American trek kicks off 15 April (15) in Tampa, Florida, and in between gigs on 18 April, Jett and her band will head to Cleveland, Ohio for the induction ceremony at the Rock and Roll Hall of Fame.