Check Out Some Of Spirit Day's Biggest Supporters 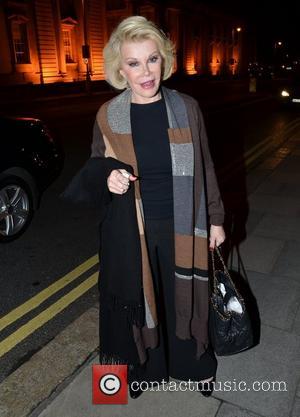 Spirit Day, GLAAD's annual event to combat bullying and support LGBT youth involves wearing purple in to show your support. Here at Contact Music, we believe it's a good cause, but we're an abstract, a collection of 0's and 1's hidden behind the matrix; we wear binary green. So to show our support, we've collected some of the best Spirit Day tweets to warm your soul.

Joan Rivers summoned her rangers on the micro blogging site, posting "Attention Joan Rangers! It's Spirit Day, so go purple with @glaadand stand up against bullying. See how you can helpglaad.org/spiritday". Henry Wrinkler also got involved, and posted a picture of himself sporting a purple shirt, with the caption: I'm wearing purple with @glaad for # SPIRIT DAY..NO ONE should be bullied for WHO THEY ARE!!!pic.twitter.com/AEA9poDl". Whilst it was good to see the older generation involved, the campaign is no doubt aiming to affect a younger demographic, so tweets from high profile and influential stars like JWOWW would have been a big help, as she tweeted "It's #spiritday with @MTV and were going purple! Post Ur purple pic and tag it with #spiritday pic.twitter.com/1JrTK3iN".

It's surprising how much a 140 character tweet can change things, but given the viral nature of twitter, and the sheer amount of people following their favourite celebs, they sure do make a difference.