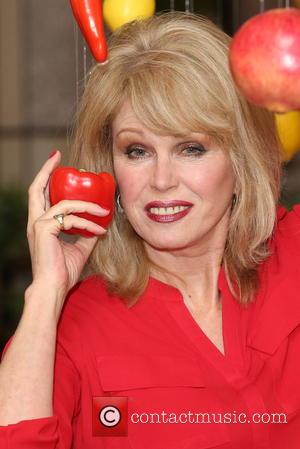 Picture: Joanna Lumley - Joanna Lumley unveils a rainbow made out of real fruit and vegetables as part of Marks & Spencer's 'Eat The Rainbow' campaign,...

The veteran British stars have teamed up with staff at People for the Ethical Treatment of Animals (PETA) to ask the store's chief executive Stacey Cartwright to stop stocking Origin Assured fur, which is promoted as humane and ethically obtained.

In the letter, they write, "By claiming that the fur items you sell are 'humanely sourced', you are deceiving customers and making a major contribution to the abuse of animals. As Chief Executive, you have the power to end the company's involvement in this duplicity and cruelty. Please do the right thing and reinstate Harvey Nichols' ethical fur-free policy."

British singer Paloma Faith previously narrated a video showing the alleged cruel treatment of animals on Origin Assured farms. The footage was also sent to Harvey Nichols bosses, who reintroduced fur into the store in 2013 after a decade-long absence.