Stars And Royalty Turn Out For David Frost's Memorial 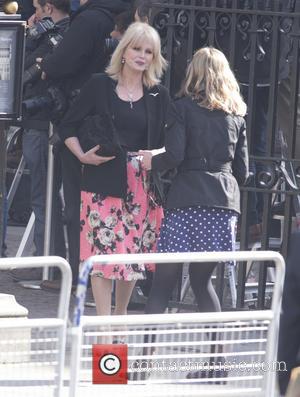 Veteran actress Joanna Lumley and British royal Charles, Prince Of Wales were among the leading figures who attended a memorial service for late broadcaster Sir David Frost in London on Thursday (13Mar14).

More than 2,000 guests descended on the U.K. capital's Westminster Abbey to remember Frost, who died aged 74 after suffering a heart attack last August (13).

The Prince of Wales, a close friend of the journalist, was joined by his wife, Camilla, Duchess of Cornwall, as well as his brother Prince Andrew, his ex-wife Sarah Ferguson and their daughter, Princess Beatrice.

Frost enjoyed a long and successful career in political reporting, as well as hosting comedy and lifestyle shows, but will be best remembered for his candid interviews with U.S. President Richard Nixon in 1977, in which the disgraced politician admitted his part in the Watergate scandal. The meeting was transformed into a hit movie Frost/Nixon in 2008, with Michael Sheen and Frank Langella playing Frost and Nixon respectively.