The Master Heralds A Return To Form For Joaquin Phoenix 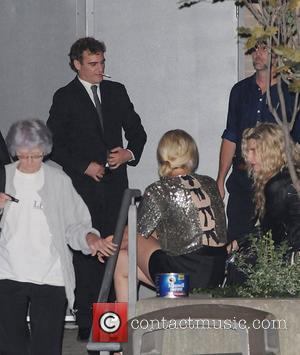 The Master looks set to be hotly received when it eventually finds its way to audiences in a couple of months time, and Joaquin Phoenix looks like he's going to be firmly back on top of the acting pile. That's the buzz coming from the Toronto Film Festival after the controversial film, which focuses on the early days of the scientology faith, gained the largest share of the plaudits among the hundreds of flicks being shown over the week.

Phoenix has been getting huge acclaim for his performance in the film, as has his co-star Phillip Seymour Hoffman. A lot of that has come from the clearly close connection they had with the film's director Paul Thomas Anderson, with Phoenix explaining to USA Today some of the quirks of their relationship. "Paul would call me Bubbles, which was the name of Michael Jackson's monkey," Phoenix said. "He would say, 'Come on, Bubbles, let's go.' It was obvious I was an animal. The master talks about how he's lassoed the dragon and taught him how to sit. And I'm definitely the dragon."

Coming two years after Phoenix suggested the best days of Joaquin Phoenix movies were behind him and that he might even be going through some sort of bizarre mental issue, with his appearance in I'm Still Here, it's a timely return to prominence, and a suggestion that maybe he was playing us for fools all along.