Three Reasons Why The Master Won't Dominate The Oscars 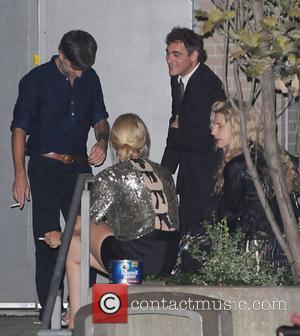 It was 'coming' for months; teasing us with enigmatic trailers, laced with a disconcertingly mistimed drum. It was the next big thing. With a directing CV representing no mistakes, this was going to be Paul Thomas Anderson's official entry into the pantheon of the greats.

And it still might be, but, as many are predicting, not via an instant hit of Oscar-narcotics. The 2013 Academy awards will recognise great films, no doubt, but it's likely The Master will be lucky to walk away with one.

So why is a film - which has been at the top or near the top of many critic's end of year lists - destined to 'underachieve' come Sunday, February 24th, only to spend years accumulating a cult status of its own? Here are three perfectly ridiculous reasons why not.

Phoenix - to his credit - doesn't take fame lightly. He doesn't seem to want to sit back, gleaning cash, friends and accolades in a world he deems indifferent. And he let us know, in no uncertain terms, that The Oscars were "bullsh*t" in an interview for Interview magazine.

"I think it's total, utter bulls--t, and I don't want to be a part of it," he said. "I don't believe in it. It's a carrot, but it's the worst-tasting carrot I've ever tasted in my whole life. I don't want this carrot. It's totally subjective. Pitting people against each other ... It's the stupidest thing in the whole world."

Respect of film purists, decidedly against the mainstream pandering to the biggest budgets, regardless of taste: tick. Respect of those charged with determining The Academy awardees: cross.

With those comments, the Oscar community may have just had enough with Phoenix. His challenging, memorable and daring performance as Freddie Quale is likely to go un-garnished, but not forgotten.

The film is essentially this: a story about the intense, symbiotic bond between Lancaster Dodd, a charismatic cult leader in post-World War II America (Philip Seymour Hoffman), and Freddie Quell, a tormented veteran. It's challenging and awkward, closer to the remit of a complex classic helmed by Hitchcock rather than a modern blockbuster. Perhaps the difficulty in getting to the film's core on your first watch will hinder a jerk-award-reaction. Best Film seems a stretch too far.

If The Master is a slight, elegant and multifaceted, then Lincoln is bold, succinct and crisp. The tale of the16th President of the United States overcoming the odds to push an end of slavery with the Thirteenth Amendment to the United States Constitution, and promoting economic and financial modernization at the same time. Lincoln was a poor man turned liberator, and for that, he is one of America's most celebrated heroes. It's unfair to attribute Lincoln's imminent award-season-success solely to its emotive content; it's a good film, and Daniel Day Lewis' turn as Lincoln is magnificent. It's the type of film that triumphs with the academy, and 2013 will be no different, much to The Master and Paul Thomas Anderson's expense.

Seymour Hoffman and Amy Adam's may pick up the supporting actor nods, such is their sterling work in the film, but, ultimately, The Master is destined for the mantle of undeserved underachiever, much like Anderson's career so far: nominated for four Academy awards but winner of none.