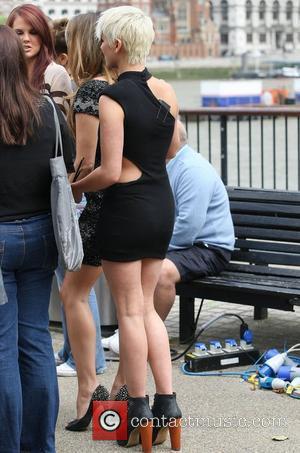 Congratulations to Jodi Albert and Westlife's Kian Egan after the pair revealed Albert had given birth to the couple's first son yesterday evening, December 21st, and the arrival couldn't come at a better time with the Irish boy band member preparing to say goodbye with his group next year following a farewell tour, freeing him up for plenty of time to adjust to fatherhood.
It was Egan who took to Twitter to let his ecstatic followers know "Our Little baby Boy 'Koa' was born today at 6.10pm. JodiAlbert_xxx is an amazing woman. Love them both so much. Both doing amazing, so proud x'" and was instantly flooded by messages of congratulations, including a surprise one from former Westlife member Bryan Mcfadden, who'd left the group in 2004. He Tweeted "Congratulations. Love to your lovely wifey x" to Egan, who was also stunned to find 'Koa' listed as a trending topic in the UK thanks to its popularity on the microblogging site; the star gushed "Wow thanks guys. Amazing to see our little boy Koa is trending in the Uk! And he's only a few hrs old!!!"
Egan and Albert have been married since 2009, when they got hitched in Barbados. Albert initially made her name in the UK soap 'Hollyoaks' before going on to model for several magazines.