Continue reading: Jodie Comer Talks About The 'Other' Side Of Fame

England Is Mine Review

While this is billed as a film about The Smiths' singer-songwriter Morrissey, it's actually an unauthorised biopic about his early years. Which means that it doesn't include a single word or note of Morrissey's music. But while it may not tell us much about the British pop icon, the film is still a very well-made exploration of a young artist trying to discover his voice. The actors are excellent, as is the re-creation of Manchester from the mid-1970s to the early 80s. It opens in 1976, as Steve Morrissey (Jack Lowden) is struggling against boredom to hold down a job. The thought of living the same dull life as everyone else terrifies him, and he rebels against the pressure from his patient mother (Simone Kirby) and sarcastic sister (Vivienne Bell). Instead, he hangs out with his lively artist friend Linder (Jessica Brown Findlay), going to various concerts and galleries while jotting lyrics in his notebook. Eventually he forms a band with guitarist Billy (Adam Lawrence), but Billy is quickly snapped up by a much bigger group. So Steve goes out looking for another boring job. And it takes awhile for him to meet Johnny Marr (Laurie Kynaston), with whom he will eventually form The Smiths.

There may be a rather obvious hole in this film where Morrissey's music should be, but there's plenty to enjoy along the way. Steve only sings once in the film (a New York Dolls cover), but Lowden plays him with a sparky sense of humour and a wry, somewhat mopey attitude that's surprisingly endearing. Lowden also plays the various relationships beautifully, creating terrific chemistry with Findlay, who lights up the screen with her sparky charisma. Kirby has some strong scenes of her own, as does Peter McDonald as Steve's largely absent father.

Continue reading: England Is Mine Review

It's 1977 and a young Mancunian man named Steven Patrick Morrissey (Jack Lowden) is on the look-out for the perfect musicians to begin his own band; a band that will set itself apart from the popular culture. With his contempt for the local music scene as it was and his reputation for arrogance, he was never particularly popular despite his intelligence. When he meets a young artist named Linder Sterling (Jessica Brown Findlay), she tells him how it is and urges him to be more open-minded in the invention of his new musical vehicle so that he may reach stardom. But he's apprehensive.

While he hates his tax office job, he still doesn't know what kind of a legacy he wants to leave. But then he meets Billy Duffy (Adam Lawrence), with whom he has a lot in common and ultimately leads him to 14-year-old Johnny Marr (Laurie Kynaston) who would become his guitarist and co-songwriter in the formation of indie rock band The Smiths.

'England Is Mine' is a forthcoming account of Morrissey's youth and the beginnings of his musical career. It explores that famously divisive personality of his - his strong opinions on his working class life, his disdain for popular music and his fiery political standpoints - in technicolour, with the help of Jack Lowden who is the star of 'Tommy's Honour', 'A United Kingdom' and the yet to be released World War II epic 'Dunkirk'.

Continue: England Is Mine Trailer 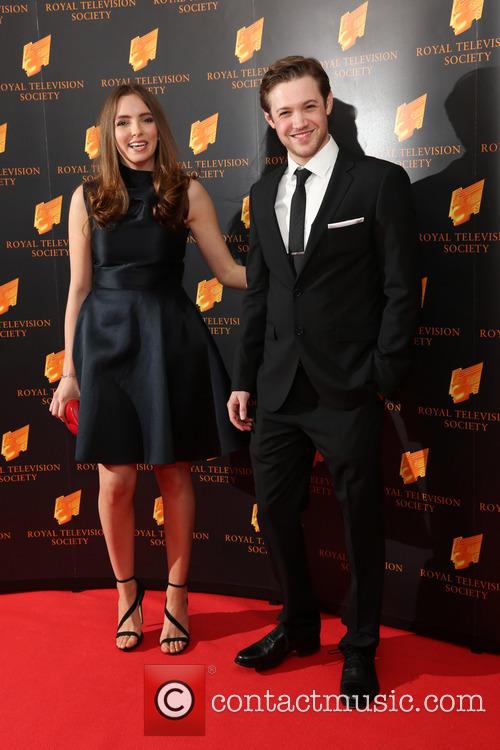