Cecil B. DeMille Award at the Golden Globes to be Awarded to Jodie Foster. 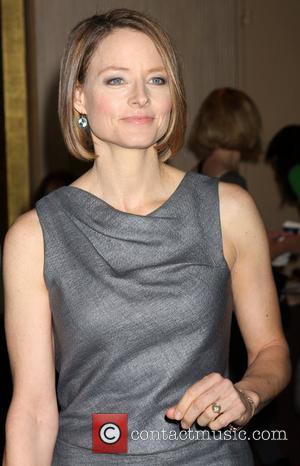 At the age of just 49, Jodie Foster has a career spanning 46 years. It is partly due to this incredible longevity that she will be receiving the Cecil B. DeMille Award at the Golden Globe Awards next year. Of course, her talent, range and dedication, alongside this longevity, make her the obvious recipient for next year's awards. She's also the youngest person to win the award since 1967 when Charlton Heston won it aged just 43, and she's also only the twelfth woman to ever receive the award since its conception in 1952.

The news was revealed by Twilight's Kristen Strewart and The Mentalist's Simon Baker, at the Beverly Hills Hotel this morning (1st Nov 2012). Reported by CBS, Aida Takla O'Reilly, from The Hollywood Foreign Press Association, said "Jodie is a multifaceted woman that has achieved immeasurable amounts of success and will continue to do so in her career. Her ambition, exuberance and grace have helped pave the way for budding artists in this business."

Foster's filmography is more than impressive and sees her star in a drastic range of roles, from the pre-pubescent prostite Iris, in 1979's Taxi Driver, to Clarice Stirling in the chilling movie Silence of the Lambs, for which she won the Oscar for 'Best Actress' at the Academy Awards, just three years after winning it for The Accused. She has also directed and produced a variety of films, all of which adds to her impressive portfolio of work.