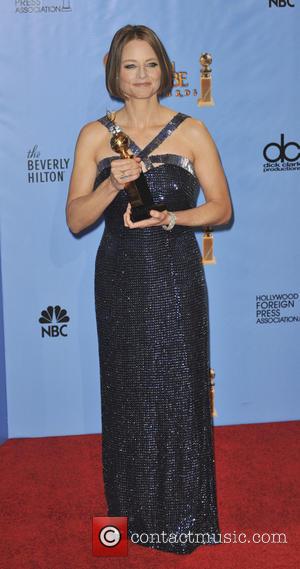 Many awards were given out at last night’s Golden Globes awards but the real stand-out appearance of the evening was Jodie Foster’s acceptance speech for the Cecil B. DeMille Award.

An award given for a lifetime of achievement in the movie industry, the award was a deserved one for Foster, who began acting as a toddler and at the age of 50, is celebrating 47 years in the industry. Foster’s speech was noted not just for her achievements in the world of film, though. Although Foster’s sexuality has never exactly been a secret, she used last night’s moment in the spotlight not only to publicly acknowledge that she is gay, but also to assert the importance of privacy and to question why it’s so important that everyone in the public eye must turn their private life into public property.

“I already did my coming out about 1,000 years ago,” said Jodie, “back in the Stone Age." She explained that she had never hidden her sexuality, had come out as gay to those that she met and to those that mattered. “If you’d had to fight for a life that felt real and honest, against all odds, maybe then you too would value privacy beyond all other things.” Questioning why all public figures needed to splash the details of their lives over the media (accompanied by reality shows and fragrance ranges), she pointed out “you guys might be surprised but I am not Honey Boo Boo child.”

Foster went on to express how proud she is of her “thoroughly modern family,” as the camera panned over to her sons and she also gave thanks to her former partner and co-parent, Cydney Bernard. To her children, she said “this song, all of this, this song is for you.” The likes of Anne Hathaway and Kristen Wiig could clearly be seen with tears in their eyes during the speech.