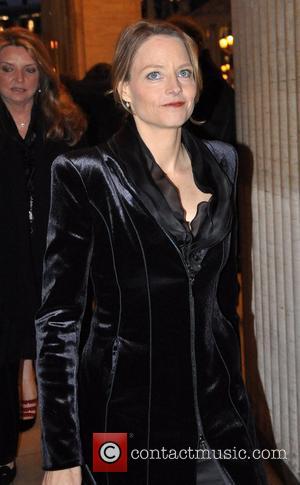 Jodie Foster bombarded Mel Gibson with apologies after he suffered a cut head in an accident on the set of their new movie The Beaver.
Lethal Weapon star Gibson was shooting scenes for the upcoming comedy-drama when a lamp toppled over and struck him on the head.
Blood gushed from the wound, prompting the actor to seek treatment for the injury - and Foster, who directed the film, felt so mortified she sent him countless notes of apology after the incident.
The Taxi Driver actress tells the Hollywood Reporter, "When he smacked his head, it just - whoosh! - blood was gushing... I can't tell you how many 'I'm so sorry' notes I sent."