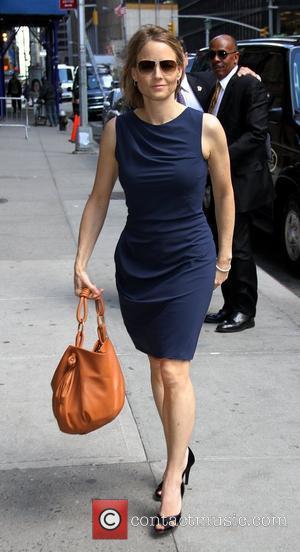 Jodie Foster has placed her Beverly Hills compound for sale at $9,975,000, according to The Miami Herald. Jodie Foster has listed her home on the Multiple Listing Service.
Foster moved into the house originally in 2005, which was on the Listings Service then for $10.5 million. The main house, encompassing nearly an acre, has seven bedrooms, eight bathrooms, a tennis court, a pool and a guesthouse. The 48-year-old actress has made no comment on the reasons behind the sale. Foster further recently revealed that she revamped her script for her self-directed 'The Beaver', just to make sure that the Oscar-nominated Jennifer Lawrence could star in it. According to HollywoodLife, she stated: 'She's amazing and I saw lots of actresses play this role and none of them were quite right -and then I saw her audition. So we went back and re-wrote the whole role for her!'
Jodie Foster is currently starring in the self-directed 'The Beaver' with Mel Gibson, set for June release, and will later feature in the coming 'God of Carnage'.