Signed to the Decca label, the career story of Jodie Marie began with a chance meeting in a bed and breakfast and has resulted in this release that features Ed Harcourt and Bernard Butler on production duties. Marie is currently touring the UK and will no doubt increase her exposure later in the summer when playing alongside Will Young. 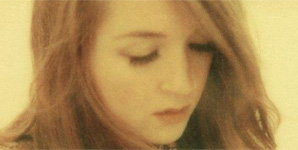 The headline statement about 'Mountain Echo' is that it leaves no doubt that Marie has an absolutely fantastic voice, which in the majority of cases here is applied thoughtfully to utilise her talent. Butler proves a great foil for her, as he did with another Welsh songstress Duffy, evident from the off in the swooning country-tinged 'Single Blank Canvas', whilst a jazz direction backs Marie's soulful vocals on 'I Got You'. The quality of her performance means instrumental backing can be kept to a minimum and it is this approach that results in 'What Does It Take?' being such a pleasant listen, whilst it is in more wistful moments such as 'Shadows Of Rain' and 'Greeney-Blue' that a likeness to Eva Cassidy becomes greatly apparent. Be it with this record or a future one it seems almost inevitable that Marie will rightfully become a star and on this evidence it won't be through bowing to commercial demand, which is just another reason to admire this emerging talent.

Jodie Marie - Only One I'm Thinking Of Video Jodie Marie - On The Road Video