By Charlotte Court in Music / Festivals on 19 October 2018

Taylor Swift and her boyfriends have, in the past, been in the news for hook-ups, break-ups, lyrics and awkward t-shirts but now her current British beau, Joe Alwyn, has been in the news in praise of his superstar partner's revealation she will be voting for her Democrat senator. The 27-year-old actor has praised his girlfriend for her recent social media posts, in which she endorsed two Democratic candidates and encouraged her followers to vote early, despite her previously never airing any political views.

Continue reading: Joe Alwyn Has Come Out In Support Of His Girlfriend Taylor Swift

The couple have apparently confirmed their relationship.

Last month rumours surfaced that Taylor Swift was dating acting newcomer Joe Alwyn, and now it seems those claims have been confirmed as pictures emerge of the stars having a breakfast date together in the singer's hometown of Nashville, Tennessee - despite their attempts at keeping the relationship under wraps. Perhaps they have decided that now's the time to unveil their love to the world because far from adopting a variety of disguises and keeping her public appearances as low key as possible as was previously reported, she was happily chatting away and enjoying a refreshment with Joe on a balcony in full public view at an undisclosed location in Nashville on a Saturday.

Has this singer got a secret new relationship?

Taylor Swift is apparently in a brand new relationship following the turmoil of her Tom Hiddleston romance last year, but this time she's keeping it well under wraps. It's still just a rumour at this point, but it's thought that she has been seeing British actor Joe Alwyn. Taylor Swift at the CMA Awards 2016

The 27-year-old singer has reportedly been dating 26-year-old 'Billy Lynn's Long Halftime Walk' star Joe Alwyn for the last few months, hanging around with him in London where she has rented an apartment. Joe is thought to still live with his parents, while Taylor has allegedly been donning wigs to stay disguised.

The Sense Of An Ending Review

Julian Barnes' Booker Prize-winning novel is adapted into a remarkably intelligent, gently involving film anchored by a terrific performance from Jim Broadbent. With an unusually realistic depiction of London life, this an introspective story about finding closure, and it's nice that the filmmakers avoid ramping up the narrative to push a big emotional climax. Instead, it's in the small moments that the film rings true.

Broadbent plays Tony, a pensioner who runs a small camera shop as a hobby. His primary distraction is his single daughter Susie (Michelle Dockery), who is in the final stages of pregnancy. So Tony and his ex-wife Margaret (Harriet Walter) are providing whatever support they can. Then out of the blue he is notified of an inheritance from someone in his distant past. This sends him down memory lane, as he remembers his life as a university student (then Billy Howle), falling in love with Veronica (Freya Mavor) and feeling crushed when she fell for his best friend Adrian (Joe Alwyn) instead. So Tony tracks down Veronica (now Charlotte Rampling) in the present day to try to sort out their loose ends.

This is a complex story about how tricky it is to make sense of a messy past. The film refuses to simplify things in any way, leaving the audience to see themselves in the characters and situations as it flickers back and forth between the two timelines, dropping hints and details until the final piece falls into the puzzle. And the message is that you can't get closure until you accept even the more difficult elements of your story.

Continue reading: The Sense Of An Ending Review

Tony Webster is a retired man in his sixties whose past comes back to haunt him when he receives a strange letter in the post. It takes him back to his university days when he met the love of his life Veronica Ford. Though they have been estranged since then, she bequeaths him a diary in her will. Their separation was one of bitterness and heartbreak; his best friend Adrian Finn ended up stealing Veronica's heart, and Tony reacted by sending them a very angry letter in response to their partnership. Not long after, Adrian died in mysterious circumstances and with all the horror of those years brought up once again, Tony is forced to confront his guilt and innoncence in the whole saga - as well as other people's suspicions.

Continue: The Sense Of An Ending Trailer

The veteran actor was fooled by his 'Billy Lynn' co-star.

As someone who has been in the film industry for 50 years, Steve Martin is an expert in the acting field. However, that doesn't mean that he can't be fooled on occasion. The veteran actor recently worked alongside newcomer Joe Alwyn on his latest movie 'Billy Lynn's Long Halftime Walk', a 25-year-old up-and-coming star who surprised him in more ways than one. Plucked from obscurity, though with the backing of several years of drama studies and theatre work, Joe Alwyn came from London to Hollywood to play the starring role in Ang Lee's intense 2016 war drama which also starred the likes of Garrett Hedlund, Vin Diesel, Chris Tucker, Kristen Stewart and, of course, Steve Martin. 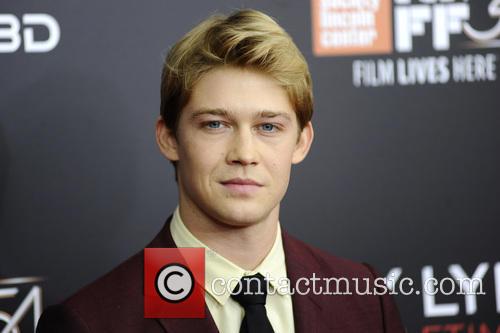 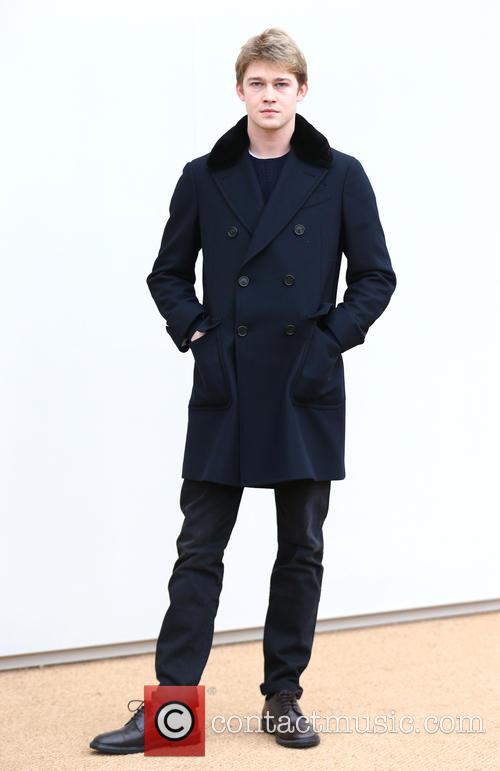