The couple, nicknamed G.I. Joe, had been friends for years before beginning their relationship.

Joe Jonas and his model girlfriend Gigi Hadid have reportedly split after five months of dating. The couple have known each other since they were teenagers and began dating in June. Nicknaned G.I. Joe, the pair worked together in the summer, with Gigi co-directing Joe's band DNCE's 'Cake by the Ocean' music video. 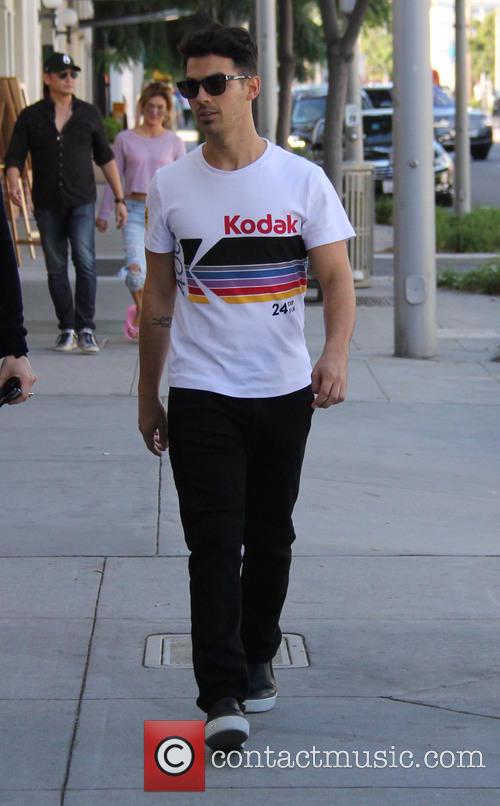 A source confirmed the couple’s split to People saying, "Joe and Gigi’s relationship recently ended. Nothing serious happened ... it wasn’t a dramatic break up. It was just hard to make it work with their schedules. They will definitely remain friends."

The pair were first spotting acting like more than just good friends back in June when they were seen looking cozy at a New York bar. Then their red carpet debut as a couple came at the Global Lyme Alliance inaugural gala in New York last month, when they accompanied Hadid's mom who was being honoured for her advocacy work.

In June a source close to the couple confirmed their relationship, telling E! News, "Gigi feels very comfortable with Joe and it's very easy to talk about everything that's going on in her life with him. He understands where she is at and they are not in any rush."

During a Periscope Q&A in September, Gigi revealed that Joe had first asked her out in 2010. “We met at the Grammys when I was 13 years old," Gigi said. "And he asked me to a baseball game, and I said no. I was so nervous; I literally didn't even know what it meant to hang out with a boy,”

More: Joe Jonas' Candid Interview Reveals The Pressures Of Being A Disney Kid

"And also, Grammys are on a Sunday, and I didn't want to tell him that I had school the next day, so I was like, 'No, maybe next time.’" But Joe wasn't deterred and eventually wrote his number on a piece of paper to give to Gigi’s mother. "We've been friends ever since. Except now, we're more than friends, obvs,” Gigi added.